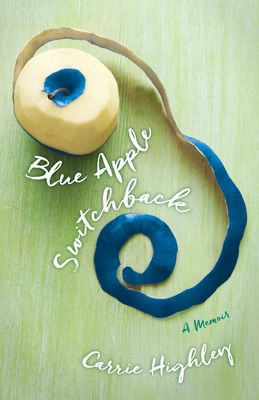 "Coming out is a long, hard road. Its twists, turns, and switchbacks can be painful and confusing, not only to the one coming out, but also to the ones she loves. In Blue Apple Switchback, Carrie Highley guides us through the sometimes-heartbreaking confusion of her path with bravery and tenderness. It is an important story that will surely help others find the way to accepting their true selves."
―Chris Lemig, author of The Narrow Way

"10 Favorite Books About Coming Out."
―SheKnows

"10 Books to take on a camping trip."
―Sunset Magazine

Carrie Highley was always a tomboy―and by the time she turned sixteen, she was wishing she were dancing with the girls instead of the boys at cotillion dances. In her early thirties, while living in West Virginia, she discovered a passion for road biking, finally stopped sequestering her deep feelings for women, and began an ill-fated love affair with a female cycling friend. Then, at thirty-six, she found herself skidding into Asheville, North Carolina, holding on tight to the coattails of her doctor husband and spending her time as a stay-at-home mother of two boys.

Moving to North Carolina was Highley’s attempt to reembrace heterosexual married life after her tumultuous time in West Virginia. But in Asheville, she met Charlie, a fellow cyclist twenty-three years her senior, who became her mentor, friend, and father all rolled into one―and as they grew closer, she started unloading her fears into Charlie’s inbox. With Charlie’s support, Highley finally got the courage to do what she’d been waiting her whole life to do: go down the mountain with her hands off the brakes.

Carrie Highley grew up in the Piedmont of North Carolina before moving to the mountains and completing her bachelor’s degree in Therapeutic Recreation at Western Carolina University in Cullowhee. After moving up and down the east coast for fifteen years, she has settled down in Asheville. She is an active member Asheville Writers, Blue Ridge Bicycle Club, and Adventure Cycling Association. Her writing has appeared online in Women’s Health, Bicycling, SheKnows, and Popsugar. Blue Apple Switchback is her first book.