Behind Every Great Fortune by Frank Amoroso

Behind Every Great Fortune: A Novel by Frank Amoroso

"Frank Amoroso's debut novel Behind Every Fortune is a fictionalized view of the life of international investment banker Otto Kahn, and captures in exquisite detail the political intrigue of the early twentieth century, including the vast cast of influential characters integral to the events leading to world wide conflagration. Incorporating glimpses into Kahn's opulent and secretively hedonistic lifestyle, from the Gold Coast of Long Island's Oheka Castle, to the offices, drawing rooms and boudoirs of the rich and famous of the time, Amoroso brings to life the 'monopoly man' through his well-written prose and extensive historical research."
—Anne Brusca, Library Media Specialist

“So you see, Otto, behind every great fortune, lies a great crime,” boasted Princess Zina Yusopov, the richest woman in Tsarist Russia.

Set in the turbulent second decade of the twentieth century, Behind Every Great Fortune chronicles the life and times of Otto Hermann Kahn, the financier and philanthropist whose fame was so great that he was immortalized as the iconic character with the mustache and top hat of the board game Monopoly.

Behind Every Great Fortune crackles with intrigue, ritual murder, sexual depravity, and betrayal, as the action races from the first terrorist attack on New York City to the assassination of the Archduke Ferdinand, the murder of Rasputin, the Russian Revolution, and the bloody devastation of WWI. Mr. Amoroso adroitly weaves historical facts with colorful characters of the day such as Margaret Sanger, Vaslav Nijinsky, Mata Hari, the mad monk Rasputin, and Commander James “Strafe” Oliver.

As the 100th anniversary of these events approaches, Behind Every Great Fortune presents a fresh look at the seminal events that shaped the world. According to one reviewer it is an “Exciting, imaginative novel with many scenes of high dramatic intensity.” 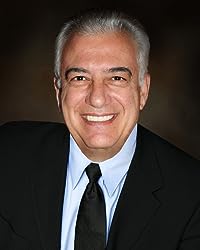 Frank Amoroso is an attorney who was born in New York City. He grew up near Long Island’s Gold Coast where Otto Hermann Kahn built Oheka Castle his monument to power and wealth. Behind Every Great Fortune is Mr. Amoroso’s initial book in the Oheka Chronicles trilogy.

Before embarking on a writing career, Mr. Amoroso practiced law for many years and was a senior partner in a large international law firm. “Law is a wonderful training ground for writing,” says Amoroso. From his days on Law Review to clerking for a Judge on New York’s highest court, to working as chief of staff for a NYS Senator, to prosecuting and teaching a course in White Collar Crime, to handling litigation for Fortune 500 companies, his career revolved around words.

A number of exciting projects are in the works. Mr. Amoroso is currently working on Book Two of the Oheka Chronicles, and Book Three is in the scoping phase. In addition, he is writing a companion book to Behind Every Great Fortune and is writing the memoirs of a Korean War veteran that will be poignant and tragic at the same time.