The 3rd Option by Ben A. Sharpton 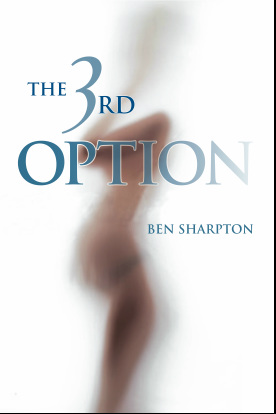 The 3rd Option by Ben A. Sharpton

"A fast-paced, timely medical thriller that touches on some of the most sensitive issues of the day."—Kirkus Reviews

"This is the kind of rare thriller that I love—one that grabs you on page one and won't let you go until the satisfying conclusion. The Third Option is smart and fresh, combining timely issues with thoughtful insights, relatable characters, and shocking twists. It makes you think while it makes your heart race. Bravo, Ben Sharpton...more please!"
—Peter Wallace, author of The Passionate Jesus: What We Can Learn from Jesus about Love, Fear, Grief, Joy, and Living Authentically

Allan Chappel enrolled in seminary to change the world. But people lied and people died and he turned in his clerical collar for an office cubicle.

When an old college friend invites him to apply for a job with a new medical think tank called Inc.Ubator, Allan seizes the opportunity. But, after the office is destroyed in a fiery blast, Allan finds himself the target of an international manhunt as an Eric Rudolf-style domestic terrorist and abortion clinic bomber. He hides out with an old seminary friend, Wesley Blake, searching to find the reason someone might destroy Inc.Ubator. His investigations take him to the former Soviet Union where he meets Dr. Carole Phillips who reveals the radical medical process destined to shake the world.

They return to the states to discover who has twisted the truth about Inc.Ubator in an effort to prove his innocence. However, the forces opposing him will stop at nothing to prevent the release of the 3rd Option.

Ben Sharpton holds a bachelor's degree from Asbury University and two masters degrees: the first from Wheaton Graduate School and the second from Rollins College. He has served as a corporate trainer for such organizations as Universal Studios Florida and Tupperware World Headquarters, has taught on the college level in Lithuania, and currently teaches college business courses for a prominent online university.

He has published fiction for over three decades, including several prize-winning short stories. He lives in Roswell, Georgia, with his wife, Kay, two children, a boxer named "Grace," and a chubby beagle named "Peanut."

Find out more at: http://www.bensharpton.com.